Having had the pleasure of meeting Claire Denis in 2006, this comes as delightful news. It need not be repeated here, but being such a male dominated medium, and one in which women hardly ever receive the recognition they deserve, it is always lovely to hear about a strong, determined female director winning an award like this. If you have never seen a Denis film, I highly recommend you do (and not because I’m biased). Denis is notorious for brilliantly directing films about the human condition (in its many forms)–presenting the gritty, and sometimes ugly, facets of human life, while also remaining cognizant of its inherent beauty. My personal favorite is Friday Night, followed closely by Trouble Everyday and The Intruder. Of course, I have a proclivity for beautiful French Films, but I promise, whatever Denis film you see, there will be something about it you admire. 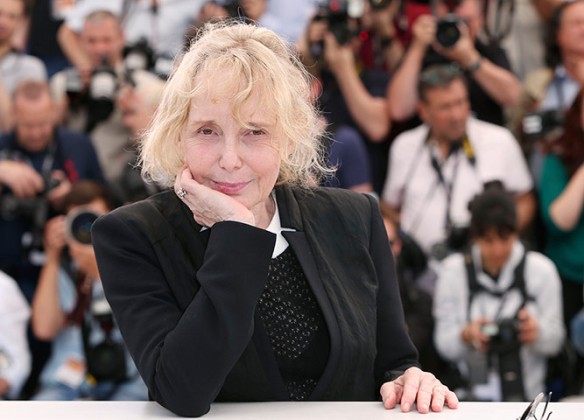 Claire Denis will be the first female director to receive the Lifetime Achievement Award at the 24th Annual Stockholm International Film Festival.

Denis directed her first feature film in 1988, Chocolat. She’s also directed Nenette and Boni, 35 Shots of Rum and White Material amongst others. Her latest is Bastards, which will screen before Denis is awarded with the Bronze Horse.

The Stockholm jury released a statement about Denis.

Claire Denis refuses to close her eyes to the creative and destructive force unleashed by human weaknesses. A bold explorer of postcolonial Africa and the dark corners of modern society, who invites the audience to an exposed universe that is beautiful and raw. This year’s Lifetime Achievement Award goes to a filmmaker who continues to seek what others turn away from, always fearless and with a rare eye for visual poetry.

Denis will receive the award on November 7th. The Stockholm International Film Festival runs from November 6-17.