Opening tomorrow in San Francisco, the 25th Anniversary edition of Daughters of the Dust! We are honored to be assisting in the promotion of the re-release of this masterpiece by Julie Dash. 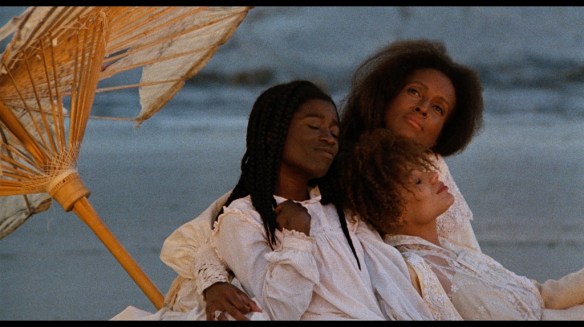 Daughters of the Dust is the story of conflict and struggle between changing values in the
early 1900’s as a Lowcountry family, living on one of the sea islands, prepares to migrate,
leaving their land and legacy for the promise of the North.

The film focuses on the women of the Peazant Family; the carriers of traditions and beliefs
firmly linked to their African heritage. The story unfolds over the course of a family picnic, the last supper. Along the way, the film saturates us with impressionistic colors, African symbolism, Geechee‐Gullah rituals, cooking, dialect, and the sound of field cries, all expressing the complex resonances of the Lowcountry lifestyle. 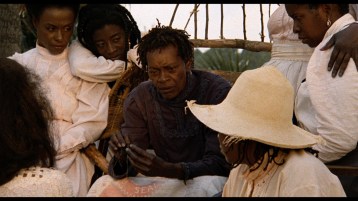 Daughters of the Dust is set on Dawtuh, (Daughter) a small barrier island among the
hundreds of Sea Islands along the coast of South Carolina and Georgia. Fearing the extreme conditions on the island: heat, insects, and the threat of yellow fever, landowners live across the river on the mainland. The inhabitants of Dawtuh, mainly African American, have remained isolated and insulated from the mainland since the very first African Captive was brought ashore.

At the heart of the film, Daughters of the Dust is a story about a family coming to grips with both the past and the precarious present. The film opens with the Peazant family
contemplating and celebrating their decision to leave Ibo Landing, to embark upon a new
life on the mainland. Nana Peazant the family matriarch refuses to leave because of her
deep reverence for the island, the ancestors buried there, and a sense that the North will
not be “the land of milk and honey” her progeny believe it will be. 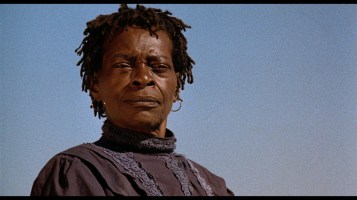 The structure of the film follows the pattern of the West African Griot, a commissioned
artist who recalls and recounts a family’s history for formal occasions. The story of the
Peazant family is recalled, remembered, and recollected as a circular, non‐linear, dramatic
narrative that evokes the oral tradition of ancient African storytellers.

The Peazants are the descendants of African captives who worked the indigo, rice, and cotton plantations during the period of slavery. These unique African Americans speak a distinct language called Gullah or Geechee. The women in the Peazant family carry inside their heads and pockets, scraps of memories, bits and pieces of family memorabilia left by their earliest remembered ancestors. Among those memories are recollections of a group of Ibo captives, who refusing to live enslaved, walked on top of ocean water to get back to Africa.