It’s been a few days since the Met Gala but we literally had to gather ourselves and come back to our senses from the complete SLAYAGE that occurred. Seriously, we believe that this was the best Met Gala in a long time.

This year, the theme was Heavenly Bodies: Fashion and the Catholic Imagination. As usual, there were those who followed the theme and those who ignored it completely. But this year saw the majority of attendees finding inspiration in the theme in one form or another.

Likewise, there were those who SLAYED and those who should have STAYED (home that is).

So, let’s gather our celebrities and evaluate their looks for the night, shall we? In no particular order, we will start with….

As co-chair and the unofficial face of the Met Gala, Rihanna once again didn’t disappoint with her look this year. As usual she brought creativity and imagination to her look while adhering to the night’s theme. She came in shining like a diamond in an ensemble by Maison Margiela complete with a cardinal mitre hat. Will Rihanna ever NOT slay a Met Gala look? At this rate, it’s not likely.

The former Disney star turned mediocre actress and poor singer had us yawning collectively at her Coach look for the evening. But she also had us wanting to find the person who applied her spray tan and fire them on her behalf out of sympathy. If only she could hit looks like she hits notes…oh wait….

Cardi B in Moschino

In all honestly, no one is hotter right now than Offset Baby Mama #4 aka Cardi B. Her Immaculate Conception inspired ensemble was elegant and tasteful and showcased her growing baby bump. She gets bonus points for patching up her beef with Nicki Minaj.

Apparently having a billionaire for a husband doesn’t guarantee that you’ll be able to hire the best stylist. Unfortunately, this look is a miss for the usually flawlessly dressed Hayek. She looked like she was happy with her look though. Good for her. 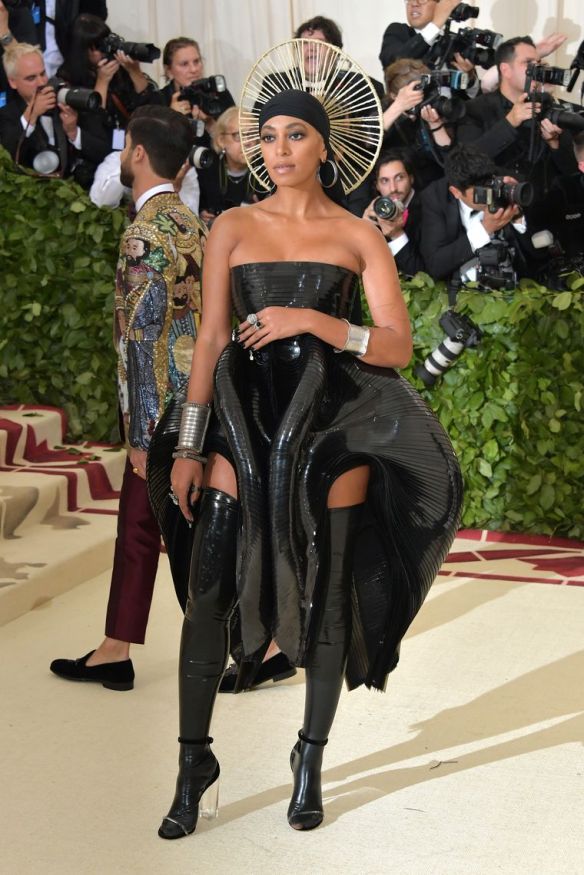 Last time we saw Solange hitting like this was in that elevator back in 2014. With Jay Z and Beyoncé no-where near the premises, Solange served us a look and a half. And she did it with a durag. When her Bey is absent, sis really comes through.

The mother of dragons swooped in for an appearance on the red carpet, but she unfortunately was serving us lukewarm tap water, instead of scorching hot dragon fire. Let’s hope she makes it up with the looks she serves on the final season of Game of Thrones To this look we have one word: Dracarys. 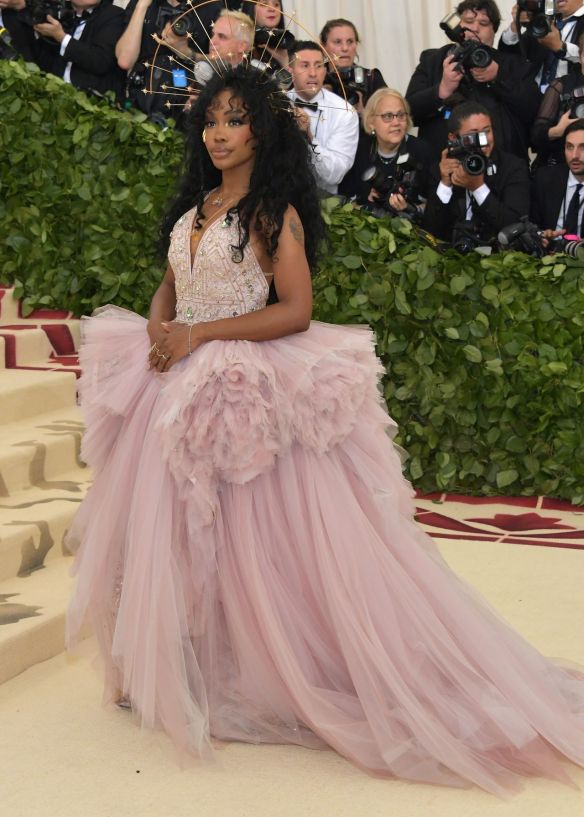 R&B goddess SZA looked heavenly in her angel inspired look by Versace. She completed the look with stripper boots and a halo crown. Please excuse us as we go and play “All the Stars” while imagining SZA serving this look in the video. 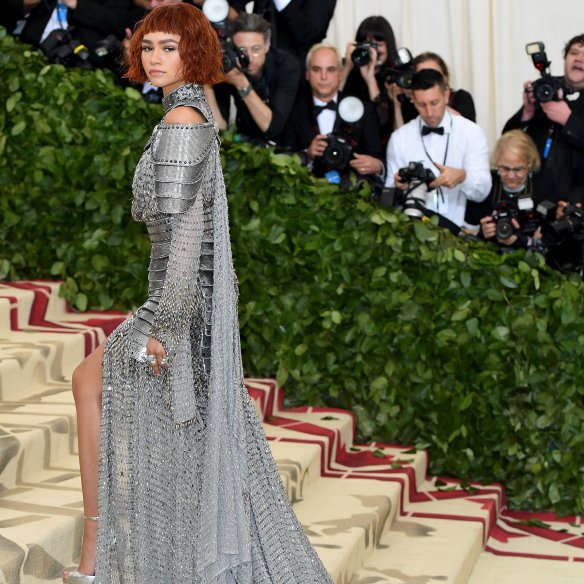 Zendaya, patron saint of red carpet slayage, took no mercy on our souls as she served yet another look that caused the internet to implode upon itself. Like a fashion goddess in human form, she graced our eyes with a Joan of Arc inspired look. Hollywood, please invite this woman to every red carpet from now on. Thank you.

Letitia made waves on the big screen this year as Princess Shuri in Black Panther and Avengers: Infinity War. Likewise, she’s made her first wave on the Met Gala red carpet with her Ethiopian inspired black and gold look. Not only does she serve us intelligence, she also serves us looks. We are not worthy. 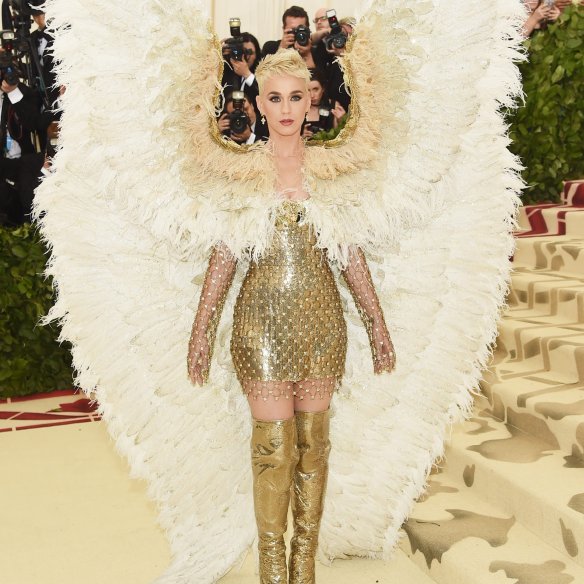 This was a no from the get-go. Throw the whole look away. And donate the wings to the Victoria’s Secret fashion show.

There you have it lovelies! This is just a handful of the looks we were served on Monday night. Which ones were your faves? Let us know in the comments below!