Hello Black Chick Media followers! It’s Sam Joseph aka @fakesamjoseph here with my first post. Naturally, it would be about a woman I, as well as many others have admired for over 16 years: the one and only Beyoncé.  Its hard to believe in only 9 days she will be turning 33. That’s right 33. With a net worth estimated at over 450 million dollars, 75 million records sold as a solo artist worldwide (and an additional 60 million records sold as a member of Destiny’s Child), few entertainers over the years have achieved the level of success and instant name recognition that this remarkable woman has: TIME Magazines Most Influential Person of 2014, The Most Powerful Celebrity in the World of 2014 according to Forbes, 9 American Music Awards, 16 BET Awards, 18 Billboard Music Awards (including the Billboard Millennium Award), 17 Grammy awards (amongst 46 nominations, thus making her one of the most nominated artists in history and the third most honored woman in Grammy history), and now 18 Video Music Awards including the Michael Jackson Video Vanguard Award, which she received Sunday night in an emotionally charged acceptance speech which concluded with a loving embrace with husband Jay Z and two year old daughter Blue Ivy.

In a much hyped performance, Beyoncé sang a medley of her critically acclaimed, multi-platinum self-titled fifth album BEYONCÉ for an unforgettable 16 minutes that had many a celebrities up and out of their seats singing and dancing. Clad in nothing but a bejeweled Tom Ford bodysuit, (a custom made version of a bejeweled tunic sent down Ford’s Spring 2014 fashion show), booties, a microphone and her signature golden locks, she proved to us all once again why she is the greatest entertainer alive.

Beyoncé was educated at St. Mary’s Elementary School in Fredericksburg, Texas, where she enrolled in dance classes. Her singing talent was discovered when dance instructor Darlette Johnson began humming a song and she finished it, hitting the high-pitched notes. Beyoncé’s interest in music and performing continued after winning a school talent show at age seven, singing John Lennon’s “Imagine” to beat 15 and 16-year-olds. In the fall of 1990, Beyoncé enrolled in Parker Elementary School, a music magnet school in Houston, where she would perform in the school choir. She also attended the High School for the Performing and Visual Arts and later Alief Elsik High School. Beyoncé was also a member of the choir at St. John’s United Methodist Church as a soloist for two years.

Aged eight, Beyoncé and childhood friend and cousin Kelly Rowland met LaTavia Roberson while in an audition for an all-girl entertainment group. They were placed into a group with three other girls as Girl’s Tyme, and rapped and danced on numerous talent shows in Houston. After seeing the group, R&B producer Arne Frager brought them to his Northern California studio and placed them in Star Search, the largest talent show on national TV at the time. Unfortunately Girl’s Tyme failed to win. (Beyoncé later said the song they performed wasn’t good.) The girls auditioned before record labels and were finally signed to Elektra Records, moving to Atlanta Records briefly to work on their first recording, only to be dropped by the company. On October 5, 1995, Dwayne Wiggins’s Grass Roots Entertainment signed the group. In 1996, the girls began recording their debut album under an agreement with Sony Music, and shortly after, the group secured a contract with Columbia Records. The group changed their name to Destiny’s Child, based upon a passage in the Book of Isaiah in the Bible, and within a matter of years, the group churned out the recognizable international hits: “No, No, No”, “Bills, Bills, Bills”, “Say My Name”, “Jumpin’, Jumpin'”, “Independent Women Part 1” (Their longest running Billboard number one single clocking in at 11 consecutive weeks atop the chart), “Survivor”,  “Bootylicious”, “Lose My Breath”, “Cater 2 U” and “Soldier”.

It was after the success of Destiny’s Child that Beyoncé took her career even further, establishing herself as a high profile brand and solo artist. 2003’s Dangerously in Love debuted atop the Billboard 200 (and to date remains the entertainer’s top selling album with 11 million copies sold worldwide), and spawned the international hits “Crazy in Love” (featuring her then-boyfriend Jay Z), “Baby Boy”, “Me, Myself and I” and “Naughty Girl”. “Crazy in Love” was critically lauded and is currently listed at 118 on Rolling Stone’s 2010 list of the 500 Greatest songs of all time. 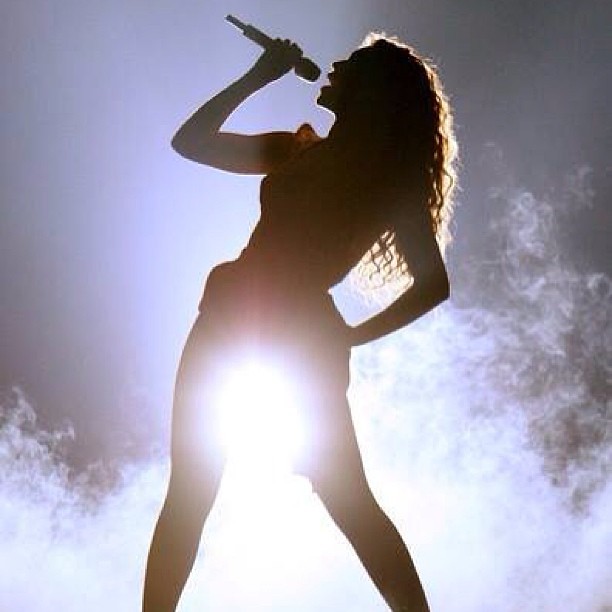 Before the release of her second studio album B’day (With the instantly recognizable hit “Irreplaceable”, which to date, remains her longest running solo number one with 10 consecutive weeks atop the Billboard Hot 100), that was recorded in only three weeks and released to coincide with her 25th birthday, she starred in a Golden Globe-nominated leading role in Dreamgirls opposite Jennifer Hudson, Jamie Foxx and Eddie Murphy playing a singer based on one of her major influences, Diana Ross.

On April 4, 2008, Beyoncé married Jay Z in secret and revealed their marriage to the press in a video montage at a listening party for her third solo effort I am…Sasha Fierce one month before its release on November 18, 2008. The album, her third consecutive number one solo album on the Billboard Hot 200, was comprised of the Billboard Hot 100 number one and feminist anthem “Single Ladies (Put a Ring on It)”. This song was an instant hit because of its highly choreographed and iconic music video that featured her, and two backup dancers in nothing but black leotards and stiletto heels. The album also featured the top ten hits “If I Were A Boy”, “Halo”, and “Sweet Dreams” giving Beyoncé the record of having more top ten singles than any other woman during the 2000s. On January 20, 2009, Beyoncé was given the honor of performing a rendition of Etta James’ “At Last” at President Barack and First Lady Michelle Obama’s first inaugural dance.

After a short break from her career, during which she traveled the world, she headlined the 2011 Glastonbury Festival, becoming the first solo female artist in twenty years to do so. Her set list comprised of songs from her fourth studio album 4, including “Run the World (Girls)”, and “End of Time”. “Love on Top” the fourth and most successful single from the album was performed at the 2011 Video Music Awards and at the end of this performance, she revealed that she and Jay Z were expecting their first child by dropping the mic and opening up her blazer to show off her growing baby bump. Her appearance helped the 2011 Video Music Awards become the most watched broadcast in MTV’s entire history with 12.4 million viewers. Her child, named Blue Ivy Carter, was born on January 7, 2012. Only a year later, Beyoncé sang the American national anthem at President Obama’s second inauguration. The following month she performed at the Super Bowl XLVII halftime show to critical acclaim. Later in the month she released her HBO documentary Life Is But a Dream, which along with being directed and produced herself, revealed footage from her childhood, her roles as mother and a businesswoman, as well as recording music, rehearsing for live performances, and her return to the spotlight after her daughter’s birth. Later in the year she embarked on her The Mrs. Carter Show World Tour, which went onto become not only her highest grossing tour but also the highest grossing female and solo tour of 2013 as well as one of the highest grossing world tours of all time.

It was the unexpected December release of her self titled fifth studio album that took the music and entertainment industry by storm with the lack of any prior promotion. The album debuted at number one and made Beyoncé the only woman to have her first five albums debut at number one. The single, “Drunk In Love” which features husband Jay Z, was a commercial success as well, peaking at number 2 on the Billboard Hot 100. After the conclusion of The Mrs. Carter Show, she and Jay Z embarked on their joint On the Run Tour, their first co-headlining stadium tour together.

Despite all of these accomplishments, it is the heart, passion, and humility Beyoncé possesses that sets her apart from her contemporaries and can be attributed to her success today. She reminds us all that we are all capable of great things if we put our hearts and souls into what we are doing. I will always be a fan of this amazing woman and look forward to the many albums, tours, and performances of hers to come.

Keeping it ***Flawless as always (thanks to Bey) 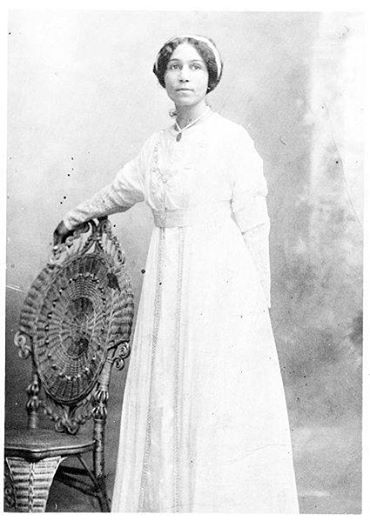 The only child of Joel Cephus Bannister and Sarah Louise Scales, Anne Spencer was born Annie Bethel Bannister in Henry County, Virginia on February 6, 1882. Her parents separated while Annie was very young, and she moved with her mother to West Virginia, where she was placed under the care of William T. Dixie, a prominent member of the black community. Sarah noticed her daughter’s quick abilities with the English language and sent her to the Virginia Seminary, where she graduated in 1899.

Also in 1899, she met her husband, Charles Edward Spencer, whom she married on May 15, 1901. The celebrated Harlem Renaissance poet James Weldon Johnson helped to discover Annie’s talent as a poet, and also gave her the pen name of Anne Spencer.

From 1903 until her death in 1975, Anne Spencer lived and worked in a home at 1313 Pierce Street in Lynchburg, VA. As an adult, Anne’s poetry grew in popularity and meaning. The Harlem Renaissance allowed her to meet people like herself, who inspired her poetry through their ideas and artwork and eventually led to her work being published. James Weldon Johnson and W.E.B. Du Bois were regular visitors at her house and would often spend the day in deep conversation discussing everything from art to politics. They all shared similar likes and dislikes and were all strong, independent thinkers.

Anne was the first Virginian and first African-American to have her poetry included in the Norton Anthology of American Poetry. After its 1923 publication in the Crisis, her poem “White Things” was never reprinted during her lifetime. Nevertheless, its impact was such that Keith Clark, in Notable Black American Women, referred to it as “the quintessential `protest’ poem.”

Anne was deeply involved in her local community and the NAACP, founding the local branch of the organization in her home. Through her commitment to equality and educational opportunities for all, she hosted such dignitaries as Langston Hughes, Marian Anderson, George Washington Carver, Thurgood Marshall, and Dr. Martin Luther King Jr.

Aside from her involvement in her community, Anne’s most important role was that of mother. Together, she and Edward lovingly raised their three children — Bethel, Alroy, and Chauncey Spencer.

Following her death in July 1975, Anne Spencer’s home and garden were opened to the public as a Virginia Landmark on the National Register of Historic Places – http://www.annespencermuseum.com/.

Via The Brown Girl Collective